7 Mistakes People Make When Driving in Snow and Ice

7 Mistakes People Make When Driving In Snow And Ice 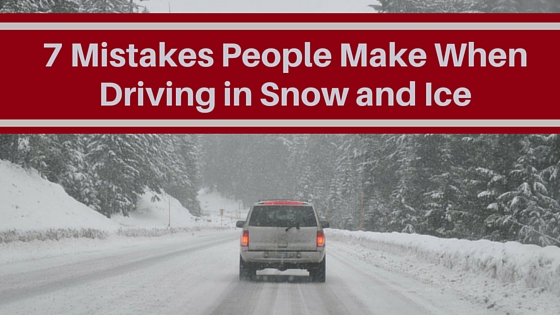 Have you ever been driving behind a car or tractor trailer with snow or ice on its roof? Did you see your life flash before your eyes when the sheet of frozen snow flew off the roof and headed in your direction? Not clearing snow off the car is just one mistake someone can make when driving in snow and ice or after a snowstorm. Unfortunately, mistakes like this can have devastating consequences.

Driving in snow and ice is bad enough. Don’t make it worse by causing a car crash in winter weather. Help prevent a winter car accident by avoiding the following winter driving mistakes.

Mistake #1: Not Being Prepared

This mistake isn’t winter-specific. You should be prepared for an emergency every time you drive – no matter the weather, no matter the season. Having an emergency kit stored in your car at all times will come in handy in a worst-case scenario. Certain items are especially important to keep in your car during winter. You’ve seen the person stranded in a snow bank on the side of the road (or maybe you’ve been that person). Being stranded is awful but it will be a whole lot easier if you have an emergency kit with you. Your winter driving kit should include items like an ice scraper, gloves, and a shovel.

Besides keeping an emergency kit in your car, always have a half-full tank of gas and check the weather forecast before you hit the road. If bad weather is in the forecast, don’t drive unless it’s necessary. 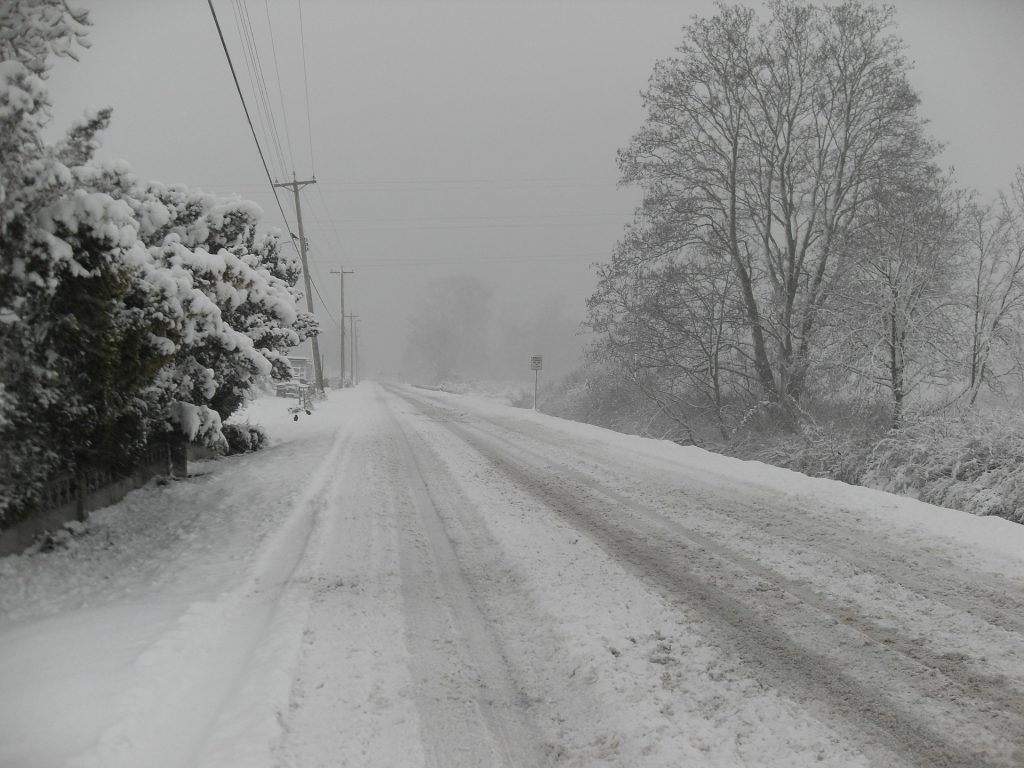 Mistake #2: Not Clearing Your Car of Snow and Ice

We know. Clearing snow off your car is not fun. It’s cold outside and clearing the snow can take a while, especially after a large snowstorm. Using a snowbrush to brush away six inches of snow can feel like a workout. It’s easy to get lazy and say “it’s good enough” after just clearing the windows. But driving with any snow or ice on your car is dangerous, not to mention illegal in some states.

In New Jersey, drivers who fail to clear their car of snow and ice face fines of $25 to $75. If snow or ice flies off the car and causes property damage or injuries, motorists face fines of $200 to $1,000. In Pennsylvania, drivers are also fined $200 to $1,000 if snow dislodges from their vehicle and causes death or injury to a pedestrian or motorist. So, if you don’t want to pay a fine or risk causing a crash, clear your car before driving.

Give yourself enough time to fully clear the snow and ice off your car. You might have to wake up a few minutes earlier or start the engine ahead of time so you can turn on your defrosters. Just don’t leave your engine running in an enclosed area like a garage! 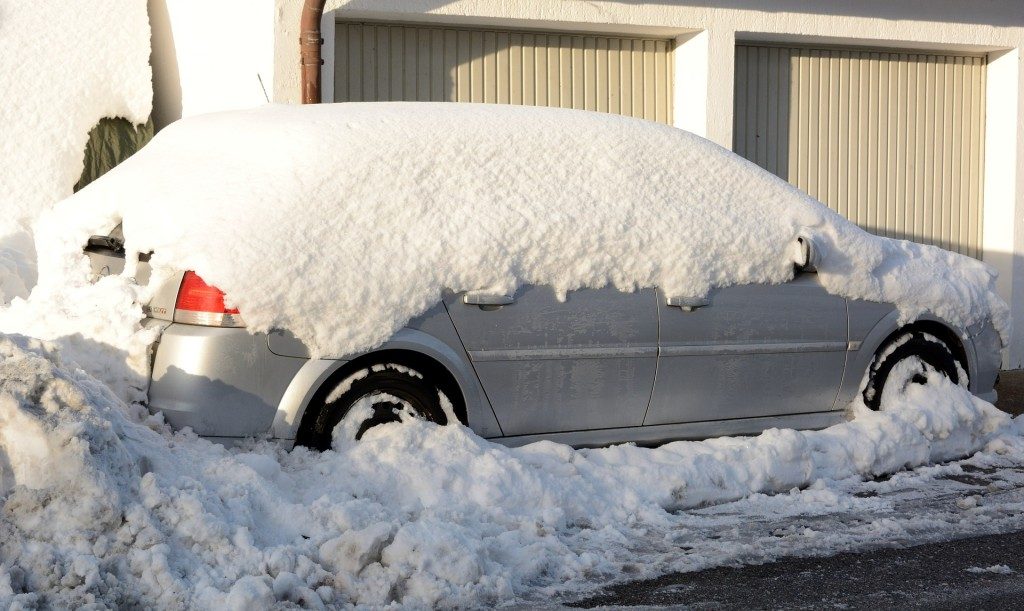 The speed limits posted are for driving in ideal, dry conditions. You must reduce your speed when driving in winter weather conditions. The faster you drive, the more time it takes for you to stop. Driving slowly gives you more time to react if the vehicle in front of you stops suddenly or if you hit a patch of ice.

Unless you’re driving someone to the hospital (in which case you should call an ambulance), there’s no need to speed. It’s not like the abominable snowman is chasing after your car in a blizzard. Relax and accept the fact that it’s going to take you longer to reach your destination. Remember – “it’s better to be driving slow and wish you were going faster than to be driving fast and wish you were going slower.”

Mistake #4: Driving Too Close to Snowplows

It’s easy to get frustrated when driving behind a slow-moving snowplow. But remember, plows are there to make the road safer. The road in front of the plow may not be clear yet. It’s better to drive slowly on a cleared road than to pass a snowplow only to realize there’s too much snow on the road for your car to handle. Be patient and stay behind the plow.

The Pennsylvania Department of Transportation recommends the following tips for driving near a plow: 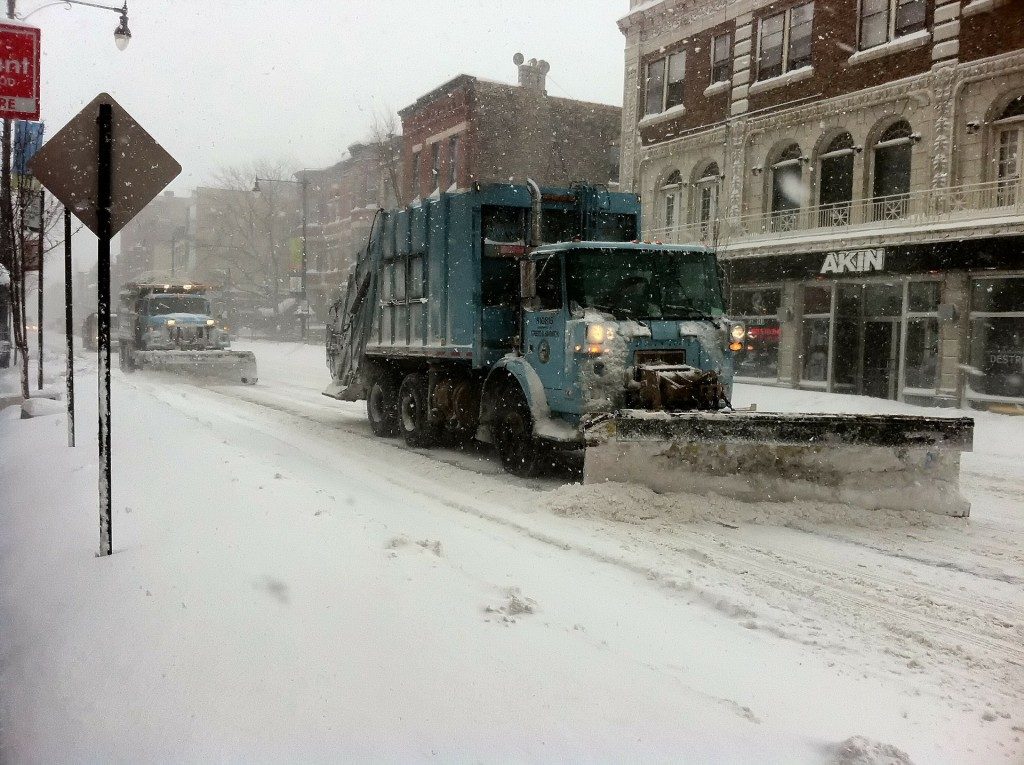 Tailgating is bad at any time. But it’s even worse when roads are slippery. It’s important to give yourself plenty of time to stop so you don’t rear-end the vehicle in front of you. Increase your following distance from two seconds to eight seconds in winter weather conditions. An eight-second following distance means your car should pass an object (like a road sign) eight seconds after the car in front of you passes it.

Mistake #6: Panicking When Your Car Starts to Skid

The road looks clear so you’re driving along. But then all of a sudden, you hit a patch of black ice and start to skid. This is a frightening situation, but panicking will only make it worse. If you start to skid, don’t brake, accelerate, or make any sudden movements. Take your foot off the gas and steer in the direction you want to go. If you weren’t making another winter driving mistake (like tailgating), you should be fine. Your tires will regain traction.

Tip: Ice forms more quickly on bridges and overpasses because they lose heat from both sides. Use extra caution when driving on these roads. 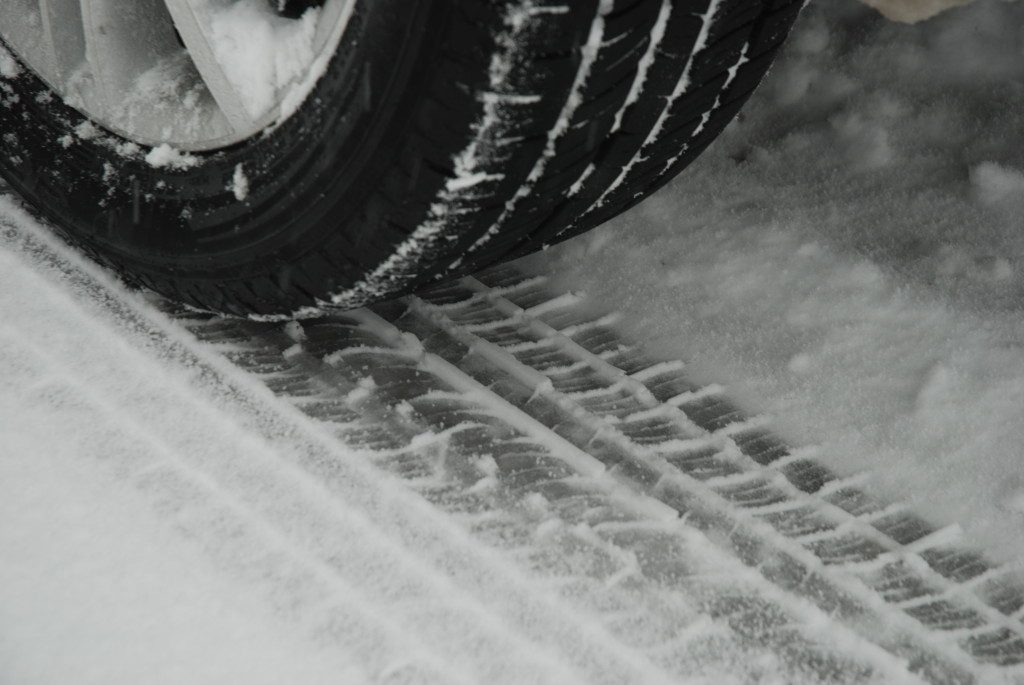 Mistake #7: Not Having the Right Mindset

A lot of people feel scared or stressed out when driving in winter weather. You have every right to be concerned as snow and ice on the road cause thousands of motor-vehicle crashes each year. But, being stressed and overreacting in situations like skids can have disastrous consequences. If you’re terrified of driving in the snow, it’s important to educate yourself about winter driving so you can make safer choices.

On the other hand, you may be too confident with your winter driving skills, especially if you have four-wheel drive. Even if your car handles snow well, you still have to use caution when driving in snow and ice. Don’t think you’re invincible. It only takes one mistake to crash. 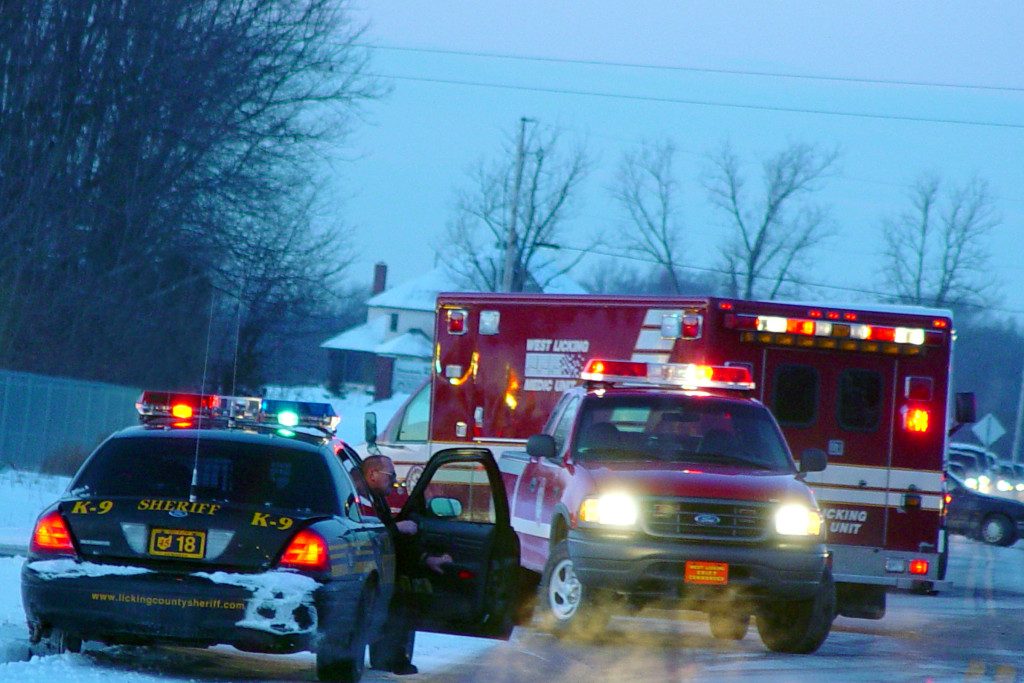 If you avoid making these winter driving mistakes, you reduce your chances of causing a crash. But you don’t have control over every factor on the road. If you or a loved one is injured in a winter car crash, contact an auto accident lawyer as soon as possible. We know how terrifying car crashes in the snow or ice can be. An experienced motor-vehicle accident attorney can assess the factors that led to your crash and determine if you have a case. Do not hesitate to contact a Pennsylvania and New Jersey auto accident attorney at Kane & Silverman for a free evaluation. Call or text us at 215-232-1000. Or, fill out our contact form online to schedule a free consultation with an injury lawyer.