Alzheimer’s disease is the most common form of dementia. Dementia is a general term for memory loss and cognitive deterioration that interferes with daily life. A medical treatment promises to help Alzheimer’s patients. But is Aduhelm really a miracle cure?

What Is Alzheimer’s Disease

Alzheimer’s is a progressive disease that worsens over time. Beginning with mild memory loss, it progresses into more severe memory problems. Alzheimer’s can lead to patients being unable to converse or respond to stimuli around them. These symptoms are not a normal part of aging. Though the majority of people with Alzheimer’s are aged 65 and up, there are some people who experience younger-onset Alzheimer’s.

For decades, scientists have searched for the cause of Alzheimer’s. While science still doesn’t know the exact cause, it has found certain risk factors. Additionally, there is evidence abnormal build-up of certain proteins is a direct cause.

Aduhelm is the first and only FDA-approved drug that is used to treat Alzheimer’s disease. The drug works by removing amyloid from the brain. It is believed amyloid is responsible for the rapid decline in cognitive function. By taking this drug, patients hope to slow the progression of the disease enough to enjoy their lives longer. However, there is still no known cure for Alzheimer’s.

Treatment, Not A Cure

It’s important to remember Aduhelm is a treatment, not a cure. While this drug seems like a miracle breakthrough treatment, others are skeptical. Is this FDA-approved drug a miracle or a cash-grab?

When the FDA is in the midst of testing a drug for approval, it calls on an expert committee of medical advisors. The committee is meant to steer the FDA toward the correct decision regarding approval or rejection of the drug in question. For Aduhelm, the committee reviewed the evidence and rejected it as a treatment for Alzheimer’s.

This panel found the clinical data regarding Aduhelm’s efficacy did not support the claims made by Biogen. The expert panel that voted against the drug rebuked the FDA’s positive appraisal of Aduhelm. Despite this, the FDA approved Aduhelm in June 2021.

While the FDA is not legally required to adhere to the decision made by the committee, it is advised. Neurologist Joel Perlmutter said this was not the first time he saw the FDA go against the committee’s decision. However, he did say that this was the first time that not one person on the committee voted for the approval of the drug, and the FDA approved it anyway. Please take a moment to watch his interview on CNN.

The FDA granted Biogen an accelerated approval of Aduhelm. The FDA approved Aduhelm not on claims that the drug actually did remove amyloid from the brain, the main purpose of this drug. The FDA approved Aduhelm on claims that it cleared toxic protein plaques in the brain. The FDA even acknowledged that the evidence regarding the original claim and purpose of the drug is not clear.

Harmful Side Effects Of Aduhelm

The FDA approved this drug knowing there is not enough evidence to support the efficacy of this drug. Additionally, Aduhelm may put patients at risk for harmful side effects. Side effects may include hefty and painful swelling of the brain, brain bleeds, disorientation, confusion, and more.

It is not yet known if Aduhelm is effective in treating Alzheimer’s. But, we do know that there are some serious health risks to those that use this new drug. This all comes at the price of $56,000 for a year’s worth of treatment. Biogen has ignored criticism of the price of this drug, and they are going to benefit an estimated $6 billion from this drug that may put patients at risk.

Alzheimer’s is a terrible disease, and there is no cure. Aduhelm may put patients at risk with little or no benefit. If you have a loved one suffering from Alzheimer’s, it is important to stay informed on this drug. Being knowledgeable of medications before usage may avoid negative side effects. If you have a problem, talk to an experienced dangerous drug lawyer for help.

If you or a loved one have taken Aduhelm and have been negatively affected by the drug, you may be eligible for compensation. Contact Kane & Silverman today to schedule a free consultation. The consultation is free and confidential. You don’t pay us anything until we recover money for you. 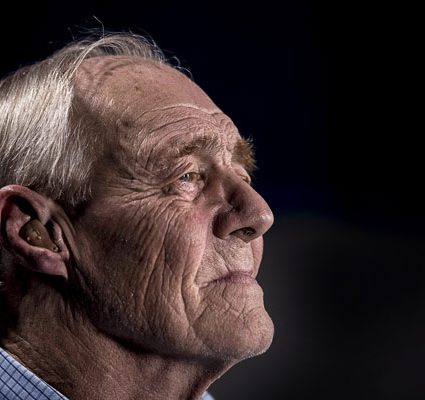