ATVs are all-terrain vehicles, also known as quad or dirt bikes. Though they are described as “all-terrain”, they are not typically allowed on public roads. In Pennsylvania and New Jersey, it is illegal to operate ATVs on public roads and highways. If you’re injured while operating an ATV on a public road, you might have a claim against the at-fault driver.

Unless otherwise stated, ATVs may only be operated on private property or designated public land. In Pennsylvania, there are 777 miles of designated ATV-approved trails. Many of these trails are in public parks and forests. In order to operate your ATV legally, you need a certificate of registration, proof of insurance, registration plate, and expiration stickers. If you have all of these things and are in a permitted area, you may drive your ATV.

ATV Accidents On The Road – What Are You Entitled To?

ATV accidents can be just as bad, and sometimes worse, than motorcycle accidents. Even with protective gear, riders can be thrown from the vehicle or hit by larger vehicles on the road. It is important to know what you may be entitled to – even when operating on unpermitted roads.

If you are involved in an ATV accident, you may be eligible to file a claim. Talk to an injury lawyer about your situation to understand your options. You may be able to file a claim through the at-fault person’s insurance. For example, if there was a hazardous land condition, you may be able to sue a landowner through their property insurance. If a negligent driver hits you on the road, you might have a claim through that driver’s insurance.

It’s likely you’ll have to fight with insurance. Insurance companies are going to fight your claim if you were driving illegally. But, an experienced injury attorney might still be able to help you. Every case is unique, and you should talk to an attorney to help assess your specific situation.

In March of 2021, there was an ATV accident taken to an extreme. A 25-year-old man was driving an SUV on Broad Street in Philadelphia when a group of ATVs came to an abrupt stop. The SUV accidentally struck one of the ATVs. The driver got out of his SUV to check on the ATV driver. The operator of the ATV demanded payment and assaulted the at-fault driver. He became very hostile before drawing a gun on the SUV driver. The ATV driver also used debris from the road to damage the SUV while yelling at witnesses.

Fortunately, only minor injuries were sustained by the driver of the SUV. The ATV driver was later caught and charged by police. However, this shows how quickly a situation can escalate on the road. Mistakes happen, and had this ATV driver remained calm, he would’ve been able to file a claim for the damages made to his ATV.

If you have questions about an injury, talk to an injury lawyer for a free consultation. A lawyer at Kane & Silverman will be eager to help you. We help people in Pennsylvania and New Jersey. Our offices are in Philadelphia, Pennsylvania, and Marlton, New Jersey. 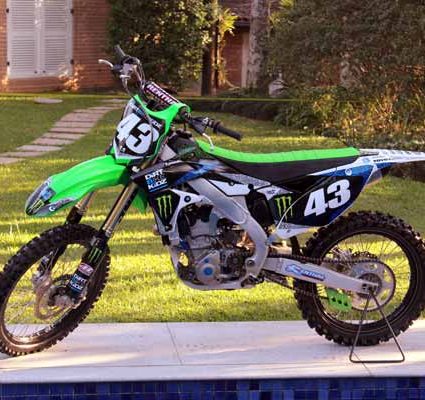