People working in and living around the B. Braun company in Allentown Pennsylvania may be at an increased risk of developing cancer. The community around this manufacturing facility has a higher than normal rate of people with cancer. In this article, we share the details of B. Braun cancer lawsuits.

What Is B. Braun?

B. Braun has several facilities in the US, including a facility in Allentown Pennsylvania. For more than four decades, B. Braun has operated in the Lehigh Valley area. The Allentown facility uses ethylene oxide to sterilize medical equipment.

Ethylene oxide (EtO) is regulated by the EPA. Companies must have a specific permit to possess use ethylene oxide. Additionally, the company must follow specific rules in the handling and disposal of ethylene oxide. B. Braun uses ethylene oxide to sterilize and clean their medical products without damaging them.

At room temperature, ethylene oxide is a gas. This gas is colorless and may have a slightly sweet odor. While this gas may be safe to sterilize medical products, it is not safe for people.

Ethylene oxide is a known human carcinogen. B. Braun Medical is the largest polluter of ethylene oxide in Pennsylvania and the 12th largest in the United States.

In 2016, the EPA released the results of a study. The study discovered ethylene oxide was 30 times more carcinogenic than previously believed. The EPA states new rules are coming in 2023, but that does little to help those already harmed by ethylene oxide gas.

People living as far as 15 miles from the B. Braun facility have a higher risk of developing the listed health problems. Some experts believe people near the facility are 200 times more likely to develop cancer as a result of ongoing exposure. This includes people who spend a lot of time in the area for work or other reasons.

B. Braun In The News

In 2020, the EPA required 16 facilities that use ethylene oxide to warn local residents of the risk. The list of facilities included B. Braun in Allentown. However, there is no evidence B. Braun ever warned anyone – including employees.

If you have health problems or a cancer diagnosis related to ethylene oxide exposure, contact an attorney today. An attorney at Kane & Silverman can help protect your rights and explain your options.

B. Braun Medical has already stated it plans to fight any lawsuits from people harmed by ethylene oxide exposure. You need an experienced attorney to get you the compensation you deserve. Talk to an attorney at Kane & Silverman in a free and confidential injury consultation. You don’t pay us anything until we recover money for you. 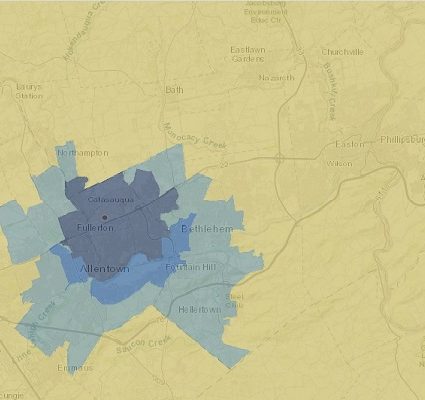