Local events, like carnivals and street fairs, are a great way to build community. They are good fun. Carnival injury cases in the 2019 season raise concerns for safety.

Tragedy struck at the Deerfield Township Harvest Festival on October 12, 2019. A 10-year-old girl was thrown from a ride. She had severe injuries and died as a result. The ride she was on is the “Xtreme.”

The Xtreme is a type of ride at most street fairs and carnivals. This ride is four sets of three cars, all attached to a giant “X.” The X spins one direction and the cars spin the opposite way. Centripetal force pulls riders to the outside of the cars as they spin.

The reports and 911 calls show the girl came out and was hit by the ride. We still don’t know how this girl came out of the ride while it was in motion. We do know a few things about this particular type of ride.

The ride manufacturer recently recommended all owners to install seatbelts. Many states require this kind of ride to have seatbelts. Why? Since 2000, five people have died in the United States on this type of ride. Most states recognize seatbelts save lives, even on carnival rides.

On September 13, 2019, two people were injured on the Ferris wheel at the York Fair. It took more than a month to learn what happened. The state finally released the results of its investigation.

This carnival injury story could have been worse. One man fell about 25 feet after the gondola turned sideways. He was severely injured. Another woman in the same gondola was hurt while holding on to the sideways ride. How did this happen?

A support beam came loose and pinned against the gondola. As the Ferris wheel rotated, the pinned car turned sideways. The ride operators didn’t notice anything until the gondola came around at an angle.

The state’s investigation shows a missing pin set off a chain reaction. It is unknown when or how the pin went missing. The investigation did explain it was unlikely a rider could have removed the pin.

The state’s investigation did reveal a major concern. Ride owners and installers are using sub-standard replacement parts. While parts may have the same size and shape, they aren’t engineered to use on carnival rides. The state found several similar Ferris wheels with insufficient replacement parts.

Both operators reported hearing a loud crash. But, neither of them saw a problem until the gondola came to the loading area sideways. Even then, the operators weren’t able to fully stop the gondola.

The 2019 carnival season raises several safety concerns. Equally important, these safety issues need correcting. For public safety, carnivals need to fix anything that can foreseeably cause an injury. Incorrect replacement parts, lack of safety features, and trip hazards all lead to injury.

When To Call A Lawyer

Unfortunately, lawyers can’t fix a problem until after it happens. If an injury wasn’t your fault, you should talk to an experienced injury lawyer. We can get you money for your injury and punish neglectful parties. This doesn’t force them to fix the problem, but it’s good motivation.

People with a carnival injury should find a lawyer right away to help preserve evidence. Don’t let ride owners and operators move on to the next town and put others at risk.

Call or text us with any questions you have. We can be reached at 215-232-1000. Or use our online form to schedule a free legal consultation.

Consultations are always free. You never pay us anything unless we recover money for you. 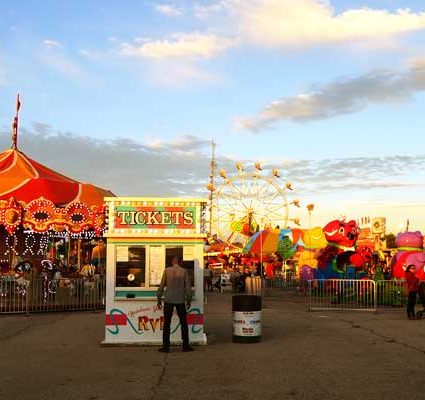