Millions of Americans are on the road day in and day out. To and from work, errands, soccer practice, and more. Although the average driver drives safely, dangerous drivers do exist. Here, we identify several types of dangerous drivers by their behavior.

Dangerous drivers can cause collisions and serious injuries. But, it’s not just other drivers and passengers. Dangerous drivers hurt pedestrians, bicyclists, and more. It is important to stay alert and identify a dangerous driver to prevent an accident and injury.

Here is a list of dangerous drivers and how to identify them on the road:

Driver On The Cellphone

One of the most common and dangerous behaviors is to talk on the phone whilst driving. Unfortunately, this happens far too often. With a portable computer at our fingertips, it can be hard to resist answering that text message.

Many people believe they can safely drive and use their phone at the same time. But, if you’ve ever followed a cellphone user you notice the car drifting. When a cellphone driver is coming toward you, it’s easy to see their eyes aren’t on the road.

Steer clear of cellphone drivers. If you’re behind one, put some extra space between your car and theirs. When a cellphone driver is behind you, drive as safely as possible. Don’t try to speed away from them. Consider pulling over to let them pass you. You don’t want to be the car they hit because they can’t pay attention to the road.

If you have a problem driving and using your cellphone, put your life first. Put the phone down until you reach your destination.

Some drivers feel speeding is a normal part of driving. This puts themselves and other drivers and passengers in danger. Even pedestrians are at risk because of speeders. Speeding reduces the ability to avoid an accident. Do your best to stay out of the way of someone you see speeding. Don’t try to stay in front of them and slow them down, this only causes more problems. Let them pass if you can.

If you find yourself speeding, consider the others you share the road with. Some of these people are parents of small children. Passengers in their cars might be small children.

Mathematically, speeding doesn’t save you that much time. We like to quote this Lifehacker article about speeding. They take a look at distance traveled and speeding vs. going the speed limit. Unless you’re driving all day, you’re not saving time. You’re only putting yourself and others in danger. It’s not worth it.

If a tailgater is driving too close for your comfort or safety, pull over to let them pass. Additionally, never try to brake-check an aggressive driver.

A driver swerving their vehicle in and out of lanes can be very dangerous. It doesn’t matter if it’s the highway or city streets. These rapid lane changes put people in danger. Many times this behavior is combined with speeding.

If you see a vehicle weaving through lanes, try to stay out of their way. Maintain a safe speed and let them pass.

Driving impaired is one of the most dangerous behaviors behind the wheel. It’s not just alcohol. People are driving under the influence of drugs too. Vision, reaction time and processing your surroundings is compromised.

Drivers under the influence are like cellphone drivers. They swerve on the road. You might catch them driving through a stop sign or a red light. A drunk driver may drive in the wrong lane. They might slow down and speed up for no reason.

According to the National Transportation Safety Board, 170,000 drunk driving accidents occur each year. 10,000 of these accidents prove fatal. The FBI estimates over 1 million people were arrested in 2018 for driving under the influence of alcohol or narcotics.

If you’re traveling behind a suspected drunk driver, report them to the police. Don’t put yourself in danger. If you can get a license plate number and vehicle description, it will help police. Do not attempt to drive and report the drunk driver at the same time. Pull your car over and call the police with a description of the vehicle and the direction it is traveling.

People may be unaware of how dangerous snow on a vehicle can be. Pennsylvania and New Jersey both have laws requiring drivers to remove snow and ice from their vehicles. Snow can slip down onto the windshield and impede the driver’s visibility. Or, chunks of snow and ice can fly off your roof onto vehicles behind you.

This Inside Edition report shows the real dangers of ice and snow on top of vehicles.

When you see a vehicle on the road with snow or ice on top, leave extra room between your car and theirs. As seen in the video, these sheets of ice and snow almost float like feathers. But, the damage they do is serious.

Frosted windows are impossible to see out of. The same is true for foggy windows. Some drivers clear off a small patch of their windshield and drive that way. We know it’s cold, but taking a few seconds to clear the windows is important.

A driver that can’t see out of all windows isn’t aware of their surroundings. Drivers like this put everyone else at risk. Imagine the entire car is a blind spot. If you see this kind of driver on the road, make sure to keep away.

Were You Injured By A Dangerous Driver?

If you or a loved one were injured in a car accident by a dangerous driver, call us! We will review your case and gather all the evidence against the dangerous drivers. We have offices in Philadelphia and New Jersey. Every year, we recover millions of dollars for people just like you.

We are a reputable law firm with experienced, aggressive attorneys ready to fight for you. You deserve compensation for your injury.

Please remember to drive safely. If you see a dangerous driver, call the local police and report it. It may just save a life! 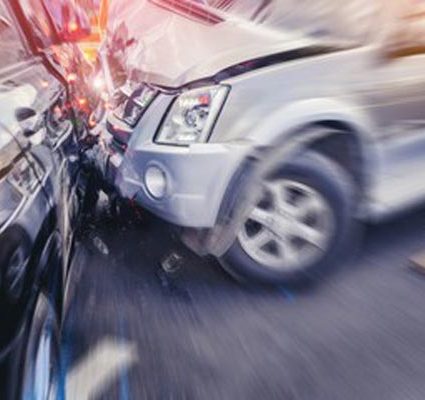