Archer Davies was working as a sheet metal mechanic on a construction site. He was on a job in the Harrisburg area. He came to us a year after his foot injury.
On the job site, another subcontractor reversed nearby on a tow motor. The tow motor operator was too close and drove over Mr. Davies’ heel. At first, Archer thought his foot would be okay. It was painful, sure, but it didn’t seem he broke any bones. Find out how we got him nearly $3.8 million for his injury.

Whenever a work-related injury happens, always report it to your supervisor. That’s what Archer did. But, Mr. Davies thought he was okay to continue working. He didn’t see a doctor the day of the injury.

The Pain Gets Worse

Archer continued to work, with his hurt foot, for several weeks. About three weeks after the incident, he went to see the doctor. The pain was getting worse. After some testing, the doctor didn’t find anything out of the ordinary. He released Archer to return to work.

Archer is a real trooper. For several months, he works through this pain while receiving treatment. But as time goes by, Archer doesn’t get better. In fact, his pain gets worse.

Archer sees a specialist about his pain from the injury. The doctor finds Archer has plantar fasciitis and inferior calcaneal bursitis. This is a direct result of the tow motor injury. The doctor provided custom orthotics for Archer to wear in his shoe. Archer also agreed to steroid injections in the heel to relieve the pain.

The pain in Archer’s heel is bad. It wakes him up at night. His foot has a constant “pins and needles” feeling. Walking is so painful, he is using a cane. His doctor recommends steroid injections might relieve the pain. But, the injections are painful and relief lasts a few months.

Even though Archer continued to work through his injury, the pain was getting worse. His doctor placed him on light duty restrictions to allow the foot to heal. But, Archer’s employer decided to let him go. That is when Archer started looking for an attorney.

When To Hire An Attorney

Everyone wants to do the right thing. If you have a job site injury, don’t wait to call a lawyer for advice. A good lawyer can provide a confidential consultation. You’ll also get free advice to protect your rights moving forward. Additionally, having an injury doesn’t always lead to a lawsuit. But if it does, you’ll be sure you’ve been doing things right from the beginning.

In Archer’s case, it is better the employer fired him when they did. In a worker’s comp case, the statute of limitations is two years from the date of the incident. But, the time on his construction injury case started the day of his injury. If Archer waited through all his treatment, he would be stuck with the injury and no money for medical bills.

Archer’s employer paid the medical bills under worker’s comp. But, they didn’t cover the other added expenses. Archer was driving, sometimes hours, to doctor appointments. On top of his time, he was putting a lot of wear and tear on his car. Plus, he needed to fill his gas tank more often. Archer deserves compensation for his time, expenses, pain, and more.

Mr. Davies was smart. He interviewed several law firms. After a week, he called us back to sign up with us. Our team went right to work building his case.

We found the subcontractor that ran over his heel was negligent. They did not train their employees for tow motor safety. Our team also discovered the lead contractor shared some of the blame. This was the grounds for a construction injury lawsuit.

Mediation is an alternative to taking a case to civil court. All parties involved agree to discuss their case with a neutral party. The neutral person offers their advice to settle the case.

The defense agreed to meet in mediation to help settle the case out of court. In mediation, the mediator suggested a $1 million settlement. The insurance company offered $800,000. We declined and took the case to court before a jury.

In court, both sides presented their case. The case took four days and a jury deliberated for about two hours. The Harrisburg jury awarded Archer Davies $2.87 million for his injury. On top of that, he gets almost another $1 million in delay damages. All told, Mr. Davies gets roughly $3.8 million for his construction site foot injury.

Howard Silverman represented Mr. Davies in court. The legal team assisted with research, gathering documents, evidence, and managing the case. You can read more about this case in this Legal Intelligencer article.

Kane & Silverman has been helping people like Archer since 1990. If you have any questions about a construction injury, contact us. We have offices in Philadelphia, PA and Marlton, NJ.

Call or text us at 215-232-1000. Or, use our online form to schedule a free construction injury consultation. Our injury lawyers will listen to your situation and offer sound advice. All consultations are free and confidential. You don’t pay us anything unless we recover money for you. 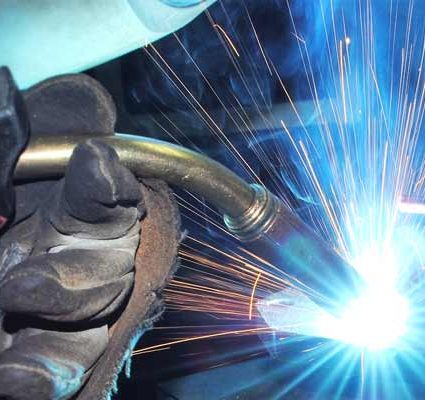