New technology is exciting. But we ran into a problem a few years ago when cell phones and handheld devices grew more popular. We found that these devices created a lot of driving distractions that led to crashes. Since then, laws have been implemented to prevent the use of these devices while driving. Today, hands-free devices are promoted for use in the car.

Using these devices, we can simply ask our smartphone or car system to make a phone call or change the song playing. This hands-free, robot-like technology is believed to be safer on the road since drivers use their voice instead of typing on a screen. And after all, drivers aren’t distracted if they keep their hands on the wheel and eyes on the road while using hands-free technology, right? Not according to a new study.

Hands-free technology is continually being implemented into new cars. But a recent study found that even hands-free devices are distracting to drivers. The study, conducted by researchers at the University of Utah for the AAA Foundation for Traffic Safety, compared 10 different 2015 model year vehicles equipped with hands-free in-vehicle information systems (IVIS). Three smartphone voice-assistants were also tested including Apple Siri, Microsoft Cortana and Google Now.

To test the distraction level of the IVIS, participating drivers were told to make a voice-command such as make a phone call using a contact’s name, make a phone call by dialing a number, or change the radio station. The study found that the driver was impaired for 27 seconds after the interaction with the IVIS terminated. This means that even when a driver ended a hands-free phone call, the driver was still distracted for almost 30 seconds after. In this amount of time, drivers traveling at 25mph would cover the length of three football fields before turning their full attention back to the road. 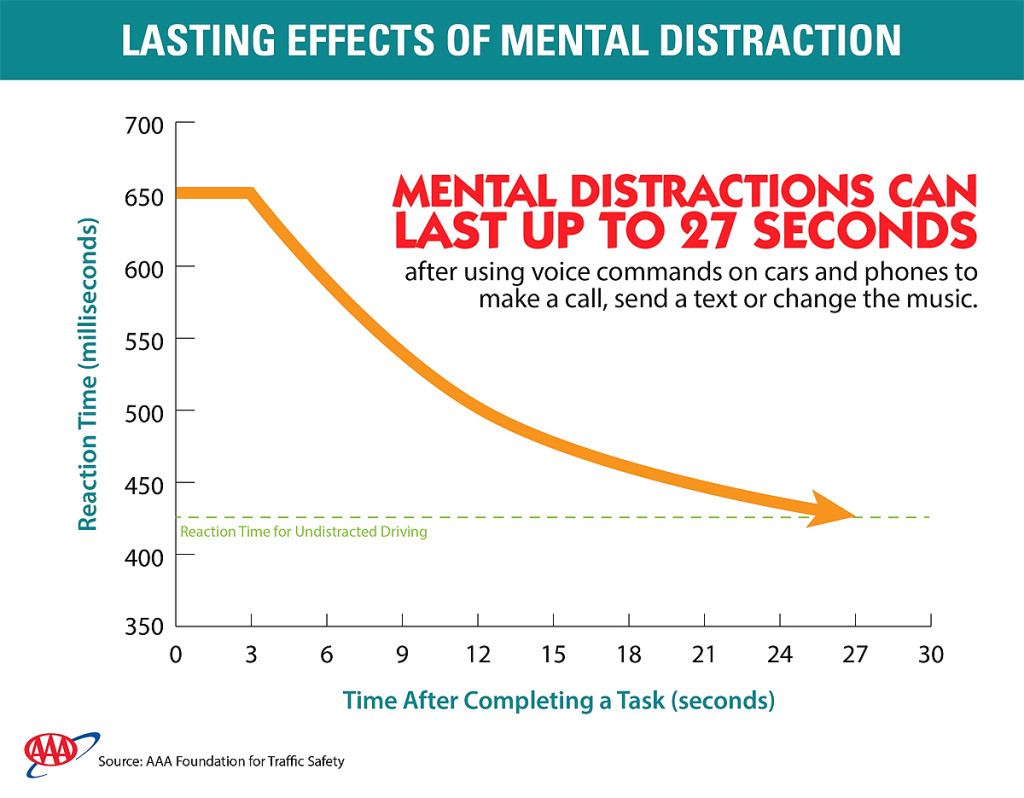 The study found that practice with these systems does not reduce the level of distraction over time. It also discovered that older drivers become more distracted than younger drivers after stating a voice command. The cars and smartphones had varying distraction levels. Microsoft Cortana was the most distracting smartphone system followed by Apple Siri and Google Now. The IVIS system in the Mazda 6 had a very high distraction level while the Chevy Equinonx and Buick Lacrosse had the lowest distraction levels. 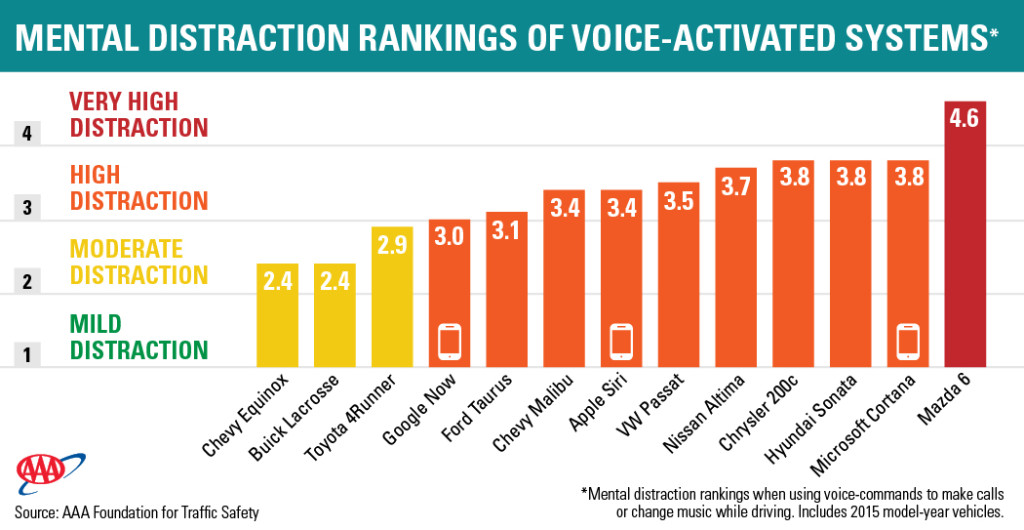