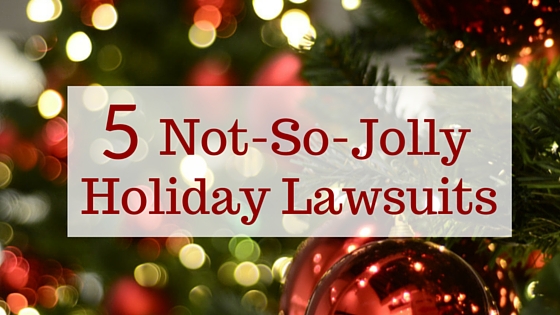 Fa la la…lawsuit? The holiday season is usually jolly, but people get sued even during the most wonderful time of the year. From overplayed songs to overcrowded streets, here are five holiday lawsuits.

Joy to the Inmates

Some people get tired of constantly hearing holiday songs on the radio while others will listen to the festive music as much as possible. Arizona’s Maricopa County Sheriff, Joe Arpaio, is in the latter group. Arpaio played holiday music all day every day in the county jails for staff and 8,000 inmates to listen to. The sheriff believed listening to holiday music helped lift everyone’s spirits. “All people everywhere deserve a little Christmas cheer,” he said.

But, some inmates’ spirits were not lifted. Inmates have sued six times, claiming being forced to listen to Christmas songs was a cruel and unusual punishment. They also claimed it was in violation of their civil and religious rights. But U.S. District Judge Roz Silver didn’t agree with the inmates. Silver dismissed the case and denied claims for $250,000 in damages. The court issued a summary judgment and Arpaio continued playing holiday music.

Arpaio noted his song selections were diverse and included music from all religions and ethnicities. “We keep winning these lawsuits. Inmates should stop acting like the Grinch who stole Christmas and give up wasting the court’s time with such frivolous assertions,” a press release read. 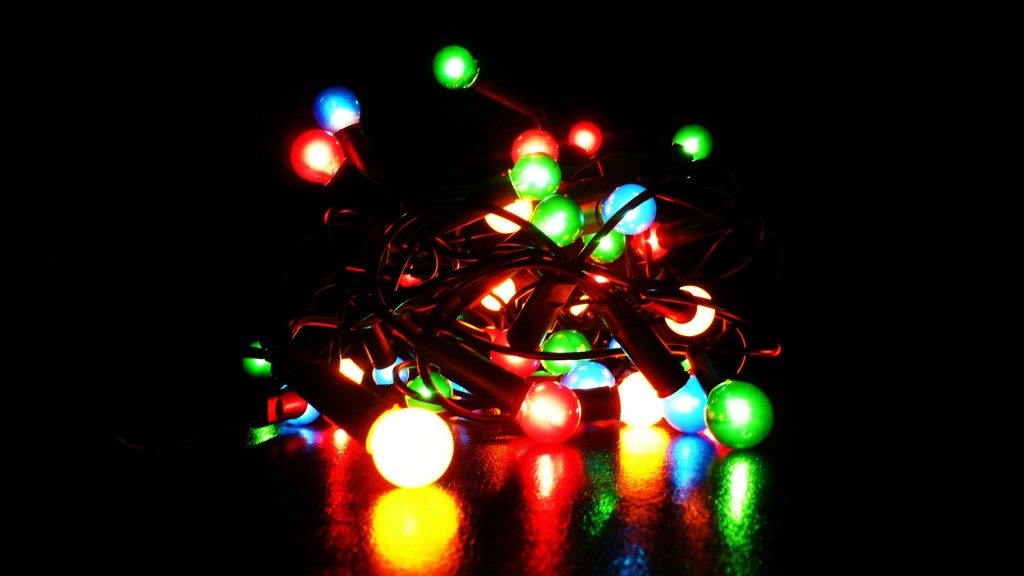 Deck the Halls… With 3.5 Million Lights

One of the best parts of the holiday season is seeing the dazzling lights and splendid decorations. While a lot of families decorate their homes, Jennings Osborne of Little Rock, Arkansas took his holiday spirit to the next level. Osborne decorated his family’s six-acre property with 3.5 million lights. “I do this to make people happy,” Osborne said. Osborne lighted the holiday display for about 35 days from sunset to midnight each day. This continued for several years, growing bigger each year.

People from all over Arkansas flocked to the Osborne’s home to witness the spectacle. But, the Osborne’s neighbors became fed up. Neighbors were so annoyed that they filed a lawsuit against Osborne. The suit cited the traffic congestion brought potential danger if emergency vehicles could not get down the street. It also cited the traffic made trips to the store around the block take two hours. One neighbor said, “We were essentially prisoners in our homes.”

The story doesn’t end there, however. Osborne’s light display brought national attention. Walt Disney World noticed and purchased the display from Osborne. The lights have been on display at Disney’s Hollywood Studios theme park ever since. But, Disney announced that the 2015 holiday season will be the display’s final year.

View the 2014 Disney show in the video below:

Dreaming of a White Christmas

One North Carolina jewelry store owner, Alan Perry, ran a special promotion. Perry announced that customers’ holiday purchases would be free if three or more inches of snow fell on Christmas Day in Asheville, N.C. Well, guess what? It snowed six inches! Luckily, Perry had purchased a $10,000 insurance policy to cover the cost of reimbursing his customers. In total, 311 customers were eligible for the reimbursement. The total payout was more than $400,000, covered by Perry’s insurance company.

But, one customer wasn’t content with his payout. Customer Tom O’Neill took Perry to small claims court, arguing he paid $7,616 for his jewelry but was only reimbursed $7,052. The $564 difference was because of sales tax, which wasn’t refunded. Perry said the sales tax refund exclusion was in the promotion’s rules. The rules were displayed on the counter in the store. But due to the busyness of the holiday season, employees did not get a chance to read the rules to every customer. The judge ruled the sales tax belonged to the state of North Carolina and not to the customer. The case was dismissed.

Perry continues to run the holiday promotion to this day. But, an ad for the promotion on his store’s website writes sales tax is excluded. 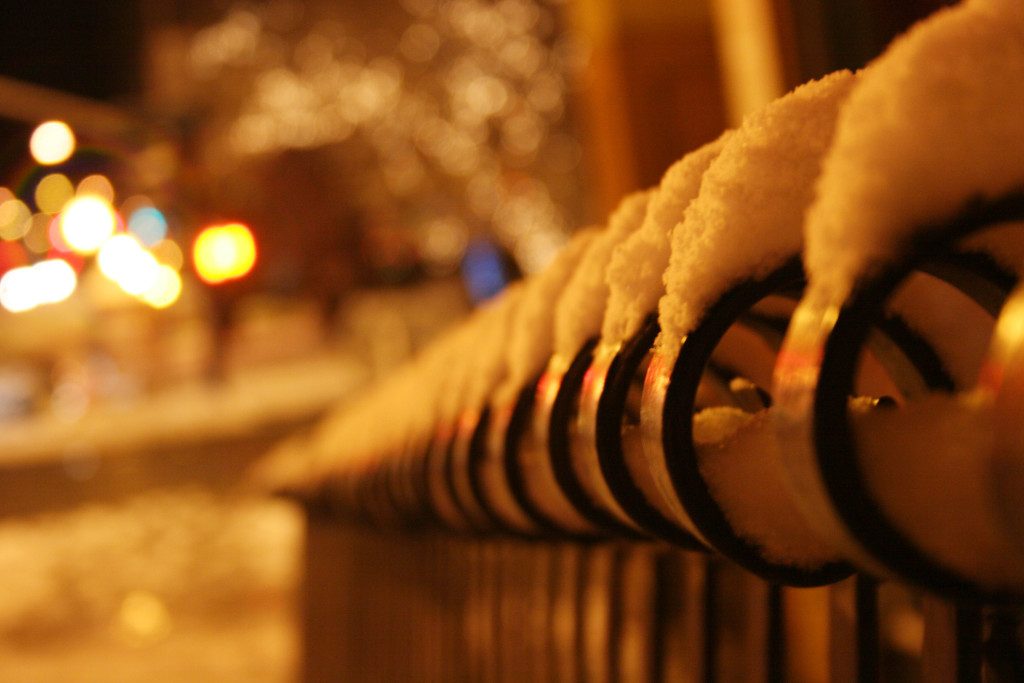 A Different Kind of Holiday Spirit

Holiday office parties are common, especially ones that have alcohol. In December 1994, Sutton Group Realty hosted a holiday party for its employees. The party was held at Sutton’s office during working hours and had an open, unsupervised bar. One employee, Linda Hunt, drank a significant amount of alcohol while at the party. Hunt’s employer took note of the amount of alcohol Hunt drank and was concerned about how Hunt would drive afterward. The employer offered to call Hunt’s husband to pick her up. But, Hunt decided she was okay to drive and the call was never made.

Hunt left the party and went to a bar with several of her co-workers. Here, they continued to drink. But while Hunt was driving home from the bar, she got into a car crash. Hunt suffered injuries and her damages were assessed at $1.25 million. Hunt’s blood alcohol level was more than twice the legal limit and she was later convicted of impaired driving.

Hunt sued both Sutton and the bar for negligence. The court ordered Sutton to pay a quarter of the accident damages, or about $300,000. Hunt’s damages were reduced because she was found partially at fault for the crash.

You have probably heard a million times how important it is to ensure your Christmas tree doesn’t dry out. After all, a dry Christmas tree is a huge fire hazard. But you usually don’t hear about fire risks when it comes to artificial trees. But at the Milton Hershey School in Hershey, Pennsylvania, a 25-foot artificial evergreen tree caught fire. Luckily, nobody was injured. But the fire caused $3.4 million in damage.

The Hershey Trust Co and its insurance company, Travelers Property & Casualty Insurance, filed a lawsuit. The suit claimed poor workmanship in setting up the lighting for tree resulted in the fire. It claimed there was negligence in connecting the wiring for the 5,000 lights on the tree. The main defendant in the case was Designs Unlimited, whose workers were responsible for installing the lights. Designs Unlimited contended it wasn’t negligent and claimed the adapter that caught fire was supplied by the school. Other defendants in the case included the manufacturers of the lights, the company responsible for the school’s fire alarm system, and more.

A video of the fire and subsequent clean-up can be viewed below:

If you were involved in a holiday accident, you deserve an experienced lawyer to take care of all legal matters. No one should have to worry about how to pay for medical bills during the holiday season. In the unfortunate event that you or your loved one was injured due to the negligence of another party, the attorneys at Kane & Silverman can help. Contact us at 215-232-1000 or fill out our contact form online for a free evaluation. 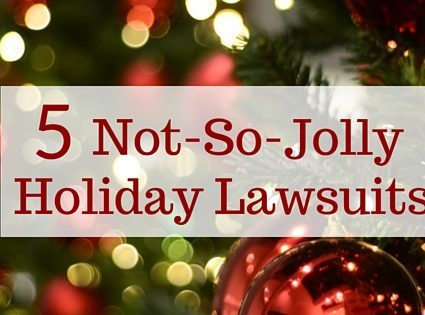