Parking can sometimes be a difficult part of driving, especially in heavily populated areas. Finding good, and legal, parking in cities such as Philadelphia is very tough. At times, finding parking in the city is impossible. When a driver decides to park illegally, there are certain consequences. Although many drivers get away with illegal parking, getting a ticket or having the vehicle towed are very strong possibilities. What drivers may not expect to happen is an injury caused by an illegally parked car.

There are many ways someone might be injured due to an illegally parked vehicle. The details of the situation will determine if your injury is eligible for compensation.

Injury As A Passenger

If you are injured as a passenger in an illegally parked car, your claim won’t be as complicated as the driver’s. As a passenger, you had no control over the vehicle. Depending on the details of the crash, and the severity of your injury you might have a claim against both drivers. However, it is important to talk to an experienced attorney to preserve your rights.

Injury As Another Driver

If a driver hits an illegally parked vehicle, this doesn’t automatically make the moving vehicle at fault. However, the circumstances of the crash will determine if the driver could have avoided the crash.

Injury As A Bicyclist

Injury As A Pedestrian

Injury As The Driver

Getting hit by another vehicle while the car is parked is not something you typically anticipate. When you are in a stationary vehicle and get hit by another car, the other driver is almost always at fault. If you were parked illegally, the driver that hit your car may share a larger portion of the fault for the crash. If you are injured while sitting in an illegally parked car, who pays for the injury? That can depend on the details.

While many car accidents are unique, in almost every scenario where a parked car is hit, the driver of the moving car is typically at fault. This remains true when a car is illegally parked. However, the fault may be a bit more complicated based on the negligence of the illegally parked vehicle. Talking to an experienced car accident attorney will help you understand how the law applies to your situation.

Every single driver on the road has a duty of care, to act in a safe and responsible manner. Whenever a driver breaches this duty of care, it is considered negligence. Negligence is how car crashes happen. Failure to adhere to rules of the road is also breaching the duty of care, and therefore is negligent. This includes parking illegally.

Whose Fault Is It?

Determining the at-fault party in an accident involving an illegally parked car can be quite difficult. Although the driver of the illegally parked car breached the duty of care they owe as a driver, the driver of the moving car likely breached that duty of care as well. As mentioned previously, all drivers are required to act in a safe and responsible manner. This includes avoiding collisions. It’s probable all drivers involved would share comparative negligence.

Illegally parked cars may be difficult to spot, or in a place that another driver is not expecting a parked vehicle to be. However, driving safely and responsibly to avoid collisions means to have all eyes on the road, pay close attention to your surroundings, remain at a safe speed, and be prepared to make a sudden stop. If the driver of the moving vehicle had done all of these things, an accident with a parked car may not happen.

Reach Out To A Trusted Lawyer Today

Getting into a car accident may leave you with injuries, and thousands of dollars in bills. If the accident was not your fault you should not be responsible for these costs. Determining who is responsible for an injury is always very important to get the money you are entitled to. Accidents involving illegally parked cars are uncommon. You’ll want an experienced attorney to help you with your injury claim.

The best way to understand how the law applies to you is to talk to an injury attorney about your situation. Reach out to a trusted and experienced lawyer at Kane and Silverman today to start the process of getting the money you deserve. Contact us to schedule a free consultation with an injury attorney. 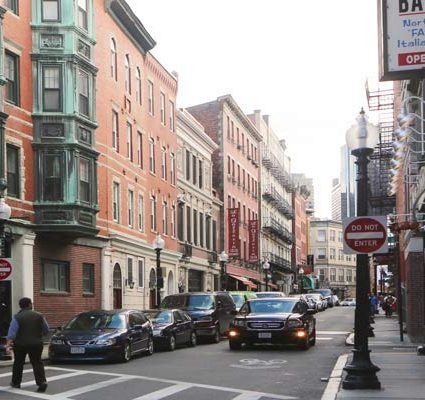