New Jersey Transit is responsible for transporting thousands of people per day. One of the most cost-effective and easiest ways to travel, NJ Transit is helpful for many people on their day-to-day journeys. But, safety issues cause injuries and injuries lead to medical bills. Thankfully, it just got easier to bring successful injury claims against NJ Transit.

NJ Transit has also seen an influx of issues as everything begins to open once more. Passengers are facing safety issues and injuries because of neglect. These injuries are now easier to file a claim for against NJ Transit.

Here is everything you need to know about filing a claim against NJ transit:

Using public transportation in New Jersey, or anywhere, can lead to a variety of injuries. Common NJ Transit injuries can include but are not limited to:

A woman in New Jersey filed a lawsuit again public transit for not protecting her. Although there were visible signs of a dangerous, escalating situation, the transit employee did nothing to stop the violence aboard.

The woman was severely injured when another passenger hit her with a liquor bottle. The attack left her with 22 stitches and a permanent scar on her head.

After the lawsuit was filed, an NJ court found that the public transit has a duty of care to protect its riders. Additionally, the Tort Claims Act was not a sufficient defense. A jury awarded the woman $1.8 million for her injury.

NJ Transit may be held accountable if proven they did not properly act and were negligent.

New Jersey has “sovereign immunity” which dates back to English law. The original tort law prevented a government agency from being sued by the public.

It is possible to overcome sovereign immunity in certain circumstances. But, the claim must always be filed within the 90-day time limit.

Were You Injured by NJ Transit?

If you were injured on New Jersey Transit, you may have a claim. DO NOT wait until the last minute to file your claim as 90 days go by quickly. Talk to a personal injury attorney near you to begin the investigation of your case.

We will effectively litigate your personal injury claim and seek the compensation you deserve for your injuries. Talk to an attorney that handles injury claims against NJ Transit. Free consultations. You don’t pay us anything until we recover money for you. 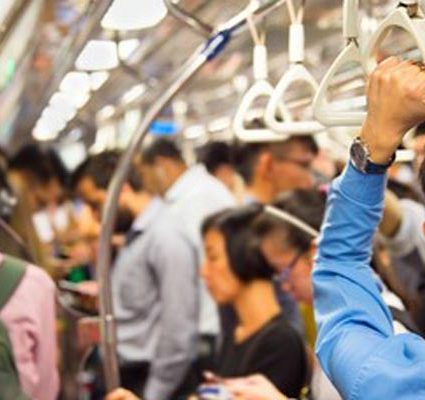