In the age of digital medical records, there is an alarming trend of medical professionals altering records. When a medical professional or staff member covers up evidence of negligence, it hurts people with medical malpractice claims. A woman in Kentucky garnered nationwide attention when her cancer diagnosis was missed—and then covered up. Her medical malpractice cover-up case seeks to protect other patients.

When Kim Johnson had pain in her breast, she was worried. She went to her doctor for testing. After her tests, the hospital sent her a letter. They found no evidence of cancer. But, 10 months later she still had pain. Kim went to a different doctor for a second opinion.

The new doctor found Kim had cancer. Upon reviewing the earlier tests, the doctor found the cancer was there 10 months earlier. How could this be? She had the original letter from the hospital stating it wasn’t cancer.

Kim isn’t the type of person to sue someone. But the hospital wasn’t giving her answers. In fact, the hospital denied sending her a letter that said she didn’t have cancer. The hospital also produced letters it claimed to have sent Kim, asking her to schedule follow-up appointments. Kim never received those letters because they weren’t created until after she filed her lawsuit.

Kim spoke to a medical malpractice attorney for help. Her attorney hired a digital forensics expert to look at the hospital’s records. The expert discovered hospital staff changed Kim’s records after her lawyer filed the lawsuit.

Medical Malpractice is real. Each year there are between 15,000-19,000 medical malpractice lawsuits filed. But not everyone is treated fairly. Hospitals and staff can alter or destroy evidence. When either party of a civil case damage or alter evidence this is called spoilation of evidence.

What is Medical Malpractice?

Who is liable when a medical professional or business covers up their negligence? It’s a difficult battle, but it is possible to win with evidence. As the plaintiff, you have to prove the negligence in your case. In the story above, Kim Johnson has the original letter preserved as evidence in her case.

Do You Have a Medical Malpractice Lawsuit?

Do not wait to file a claim due to the statute of limitations in your state. Medical malpractice lawsuits account for a large portion of personal injury claims. A medical malpractice attorney will review your experience and help you with your claim.

Contact the attorneys at Kane & Silverman for a free medical malpractice consultation. We will review your claim for free and discuss your options. 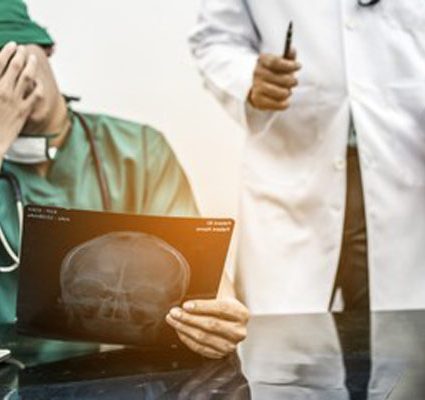