New Jersey is infamous for its boardwalk, beaches, greenery—and winter storms! Whether winter or summer, Mother Nature can put on a great show in New Jersey. These storms cause hazardous conditions.

What Is The Ongoing Storm Rule?

The rule states a commercial property owner does not legally have to remove snow or ice until the bad weather passes. Therefore, if a storm is occurring, they are not responsible for removing storm hazards from the property.

Basically, if someone slips on snow or ice during an ongoing storm the business owner isn’t responsible. The rule suggests it is impossible to clear the hazards during a storm in progress. This exposes people to dangerous injury situations during big storms.

10 states accept the ongoing storm rule as a valid defense to slip and fall injury claims. New Jersey is officially one of those states. Other states include Pennsylvania, Delaware, New York, and others with similar climates.

Exceptions To The Ongoing Storm Rule

While the ongoing storm rule was an unofficial defense in the past, the New Jersey Supreme Court has made it official. There are a few exceptions where an injured person might have a valid claim.

Exception 1: if the commercial landowner’s conduct increases the risk of injury.

Exception 2: if the dangerous condition is pre-existing. This can include snow or ice from a previous storm.

The majority of the NJ Supreme Court sides with commercial property owners and businesses. But, that doesn’t mean all claims will be rejected. Talk to a premises liability lawyer for advice.

Anyone injured on the property owned by another person or business may have a claim. If a dangerous or hazardous condition is present, your injuries could be worth money. Winter storm injuries fall under this category.

According to NJ Premises Liability Law, an injured party may seek full and fair compensation for the cost and effect of their injuries incurred on someone else’s property. Here are several examples of premises liability lawsuits:

What Kind of Compensation Can You Receive?

If you file a premises liability lawsuit, you may be eligible to receive money for damages. Here are the types of damages you may recover:

Injuries on someone else’s property happen all the time; especially during the snowy winter months. Please know that you have rights, we can help you understand them.

Call us today at Kane & Silverman to discuss your rights and how to obtain money for your injuries. We are here to help you get all the money you deserve. Schedule a free consultation with an attorney. You don’t pay us anything unless we recover money for your case. 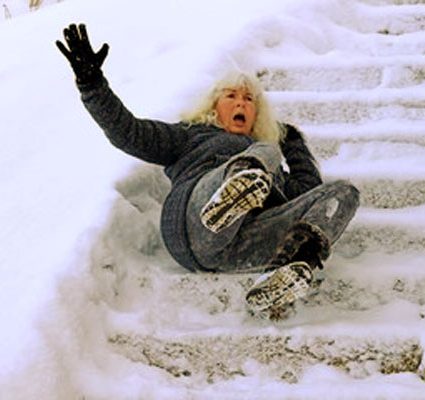