In 2015, Philadelphia had the highest traffic fatality rate in the country. With a rate of 6 deaths per 100,000 residents, Philadelphia ranked higher than New York City and Los Angeles. PennDOT reports 47,179 city residents involved in crashes between 2012 and 2016. We needed change. We needed Vision Zero in Philadelphia. 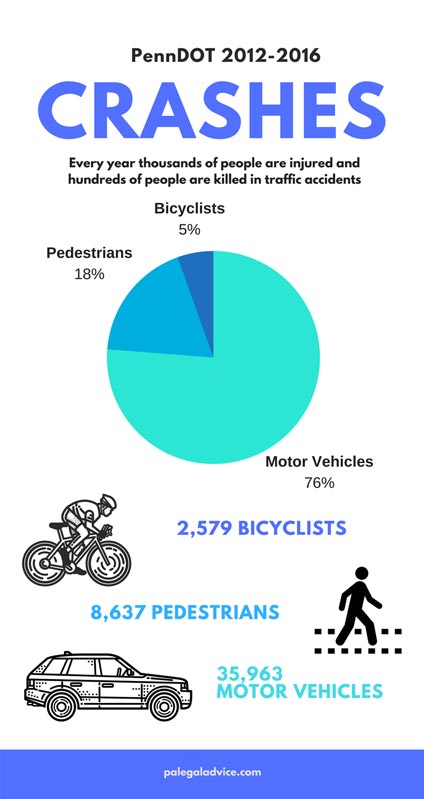 Created November of 2016, the Philadelphia Vision Zero Task Force goal is to end traffic-related deaths by 2030. A task force formed to study what improvements would be effective. The task force worked to identify problem areas and provide solutions. 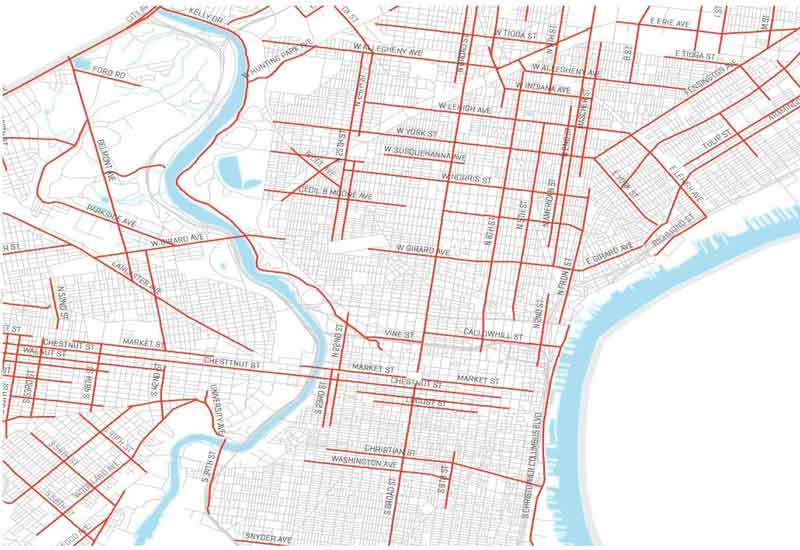 A study found 50% of traffic accidents happen on only 12% of Philly streets. This 12% of streets are called the “High Injury Network.”

It’s no secret that Philadelphia has dangerous streets. In an early Vision Zero poll, 85% of respondents did not feel the streets were safe for all users. A study has shown that 50% of Philadelphia traffic deaths and injuries occur on only 12% of the streets.

So what exactly is Vision Zero?

How does Vision Zero work?

What is the plan?

The Philadelphia Vision Zero Task Force recently published their 3-year plan toward their goal. Where do they want to start? With the 12% of streets that have 50% of the fatal accidents. These 12% of streets have earned the “High Injury Network” title. Over the next three years, the High Injury Network will be the focus for improvements. You can find the details of the three-year action plan on the Vision Zero website.

Of course, the Vision Zero Task Force only recommends improvements. The implementation is up to City Council, along with other local and state government. Each September, the City of Philadelphia will provide an annual update on the progress.

How is Philly Vision Zero Funded?

The city’s 2018 budget includes money for Vision Zero improvements. There is money from the Office of Transportation and Infrastructure set aside. More money will also come from the Street Department. The total from both is over $3 million. There may be another $1 million available through a capital program.

We welcome this effort to reduce traffic-related deaths and injuries. Our highest priority here at Kane & Silverman is to make our communities safer. We look forward to these improvements and the positive impact on us all.

If you’re injured in a traffic accident because of someone else, you should speak to a lawyer. We offer a free confidential consultation to explore your options. We help make sure your medical bills are covered. Get the peace of mind that comes from knowing you’ve got a team of the best lawyers working to help you every step of the way.

We don’t get paid unless we collect money for you. While almost all lawyers charge the same, not all lawyers have the same experience. Not all lawyers provide the same personal attention to your case. Call the Philadelphia lawyers who will work hard for you. Contact the legal team at Kane & Silverman today! 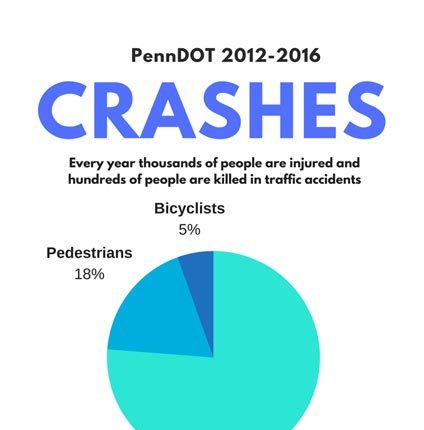