What Is A Snow Squall?

A snow squall is sudden heavy snowfall combined with strong gusty winds. A snow squall is often referred to as a whiteout due to the effect it gives. Snow squalls present a thick white wall of snow and it can be very difficult to see anything else. While snow squalls are very dangerous, they are quick events.

A snow squall doesn’t leave behind massive amounts of snow on the ground. The main reason they are so dangerous is due to the low visibility for drivers on the road. It is a fast event and drivers must react accordingly. PAHomePage offers some advice for driving in a snow squall.

Dangers Of Driving In Snow Squalls

Unfortunately, snow squall conditions are made worse by drivers who ignore the rapidly changing conditions. Once a snow squall hits, it can be difficult to navigate safely so it is important to reduce speed accordingly. Dangerous drivers may not slow down, causing a serious hazard for others on the road.

Drivers that ignore the hazards of snow squalls have led to huge multi-vehicle crashes on the road. There have been several huge multi-car pile-ups in recent years. Multi-vehicle crashes cause death and serious injury. Snow squall crashes are avoidable when drivers change their behavior to match the changing weather conditions.

Snow Squall Causes Pile-up On I-81

In March 2022, a snow squall left I-81 in Schuylkill County closed for over 12 hours. This closure was due to a 60-vehicle crash that killed six people and sent over 75 people to the hospital. Drivers that were able to safely stop were hit from behind by negligent drivers. WNEP shared a report and videos of the crash.

This devastating chain-reaction crash not only took lives, it sent people to the hospital with serious injuries and shut down a major highway. The event left many disabled and damaged vehicles while exhausting emergency resources in nearby communities.

Snow squalls not only impact your visibility and ability to stop, but they can lead to massive pile-ups due to negligence. While this major crash has been traumatizing for those involved, it should serve as an important lesson for drivers in the future. Negligence causes car crashes.

What To Do In A Snow Squall

If you are injured in a car crash, talk to an injury attorney for advice. Snow squalls are no excuse for negligent driving. When negligent drivers hurt people, they need to be held accountable. Multi-vehicle crashes are a mess of insurance claims – multiple drivers may file claims against the at-fault driver.

Negligence doesn’t mean another driver intended to hurt you. You shouldn’t be left with the financial and emotional burdens because another driver made bad decisions. An injury attorney can help you get the money you deserve and need to reclaim your life.

At Kane & Silverman we care about your safety, well-being, and getting the compensation that you deserve. Contact us to schedule a free consultation with an injury attorney. 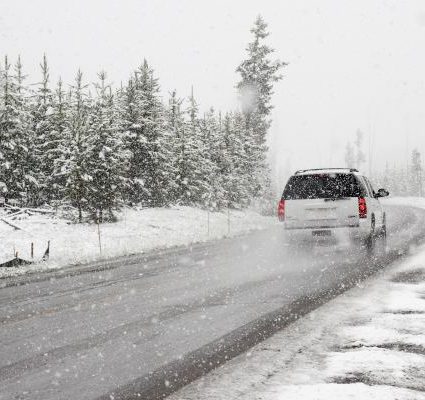