The True Story of the Radium Girls

Back in the early 1920s, a group of women worked in a wristwatch factory. Their jobs were to paint clock watch dials with radium paint. Soon after, they began to glow. These women, nicknamed the Radium Girls, hold a special place in US history. The true story of the Radium Girls is a triumph for American workers.

These women believed they were fortunate to have such good jobs. But, they experienced horrific side effects and knew something was wrong. Radium was discovered less than twenty years before. Even then, scientists knew of the dangers of radium.

A Career in Painting

Having a role as a dial painter in this era was an elite position for a woman. Hundreds of women were employees in a watch factory in Orange, New Jersey. The company hired women because it believed they are smaller and able to paint the finer details of a watch face. Other companies around the US did the same.

These women became known as “The Ghost Girls” due to their glowing skin and clothes after their shift. Radium was popular and people even painted it on their teeth to get them to glow. They had no idea it was killing them.

Management assured the women that radium was indeed safe; this was a lie. Since its discovery, radium is known to cause harm. Men working in the same factories wore lead aprons and used special tongs to handle the radium. These companies were aware of the dangers but chose profits over the health of the female employees.

Radium is radioactive and if inhaled or ingested at a certain rate, it can be lethal. In the early 1900s radium was added to cosmetics, milk, water, and toothpaste.

One by one, the women began showing symptoms of illness. They each spoke of toothaches that migrated toward the limbs, jaw, and throughout the body. The women were dying horrific deaths as the company began to cover up the truth.

The remaining women began the fight to prove that radium was not safe. It took the first male death from radium exposure for investigators to begin investigating.

It took the actions of one heroic woman to not stand down. Although symptoms did not show up until 5 years after exposure, the statute of limitations was well under that. Grace Fryer, a victim, pressed on and hired a lawyer named Raymond Berry. Finding a lawyer had not been easy.

Under New Jersey law, employees had 2 years to file an injury claim against their employer. But many of these women didn’t have symptoms of radiation poisoning until much later.

Paving the Way for Changes

Although the statute passed on Grace’s claim, she pressed on against her employer. She settled out of court, but news of her case landed on the front page. The world was horrified and began watching. Her claim gave others the courage to step forward.

The case filed by Catherine Donohue, many years later, was finally won. Her case was successful, in part, because of Grace Fryer and Raymond Berry.

Grace had pioneered the way for Catherine to win in court against her doctor’s advice of staying bed-ridden. She was on her deathbed from a radium-induced tumor and went to court to fight for women everywhere. She succeeded before she succumbed to radium poisoning.

The heroic acts of these women led to the development of the Occupational Safety and Health Administration (OSHA). OSHA makes employers responsible for the health of their workers. The bravery of these women paved the way for workers to be safe at work.

We have them to thank for holding employers accountable for their actions. Employers have a legal duty to ensure the safety of their workers and to be open and transparent.

There are several books, documentaries, and even a movie about the radium girls’ story. A recent movie depicts the events as something like a happy tale of justice. However, the real radium girls endured horrible radium poisoning. Even in their graves, radium girls still glow today. 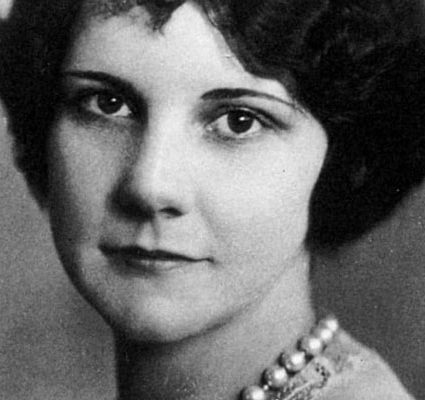