Home » Philly Injury Blog » What is the Difference Between a Car Accident and a Car Crash?

What is the Difference Between a Car Accident and a Car Crash?

Car crashes occur every minute of the day. According to the National Highway Traffic Administration (NHTSA) there are over 6 million crashes each year. But, did you know there is a difference between a car accident and a car crash?

Is an Accident the Same as a Crash?

These two occurrences are often interpreted as one and the same. This is not the case. The two are not interchangeable and mean entirely different things.

Here is the information you need to know about the differences between a car accident and a car crash:

What is a Car Accident?

A car accident is a broad term to describe a collision involving a car. The definition of “accident” is “an unfortunate incident that happens unexpectedly and unintentionally, typically resulting in damage or injury.” This definition suggests a collision is out of the control of the driver(s).

Outside of the Driver’s Control

What is a Car Crash?

A car crash is the result of bad driving decisions. At least one driver involved in the crash caused the collision through their own action or inaction. Car crashes are the direct result of negligence.

Cause of a Car Crash

When we look at the top causes of a vehicle crash, it’s easy to understand why they aren’t “accidents.” The cause of the collision is something the at-fault driver could control but didn’t. Here are the top 4 causes of a car crash in the United States:

When Negligence is Involved

The difference between a car accident and a car crash is negligence. If there is a clear case of a driver causing a crash, we call it negligence.

Figuring out which driver is at fault, or more at fault is sometimes tricky. A police report might not have all the information needed to prove a driver’s negligence. But, proving who was at fault could save you a lot of money if you were hurt by another driver.

When to Hire an Injury Attorney

If you weren’t at fault and have injuries from a car collision, you may have a case. Talk to an injury attorney. Your injury attorney can help determine who is at fault based on the facts.

Your attorney will suggest which route to take to receive the money you deserve for your injuries. If you are injured in a car crash, contact a personal injury attorney today! 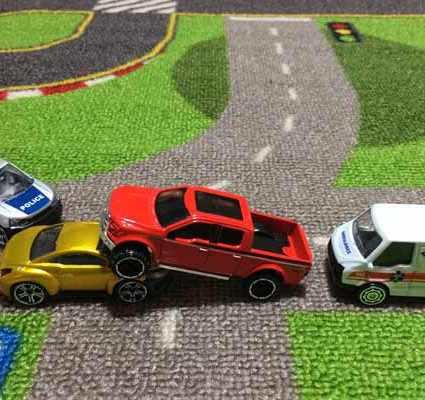